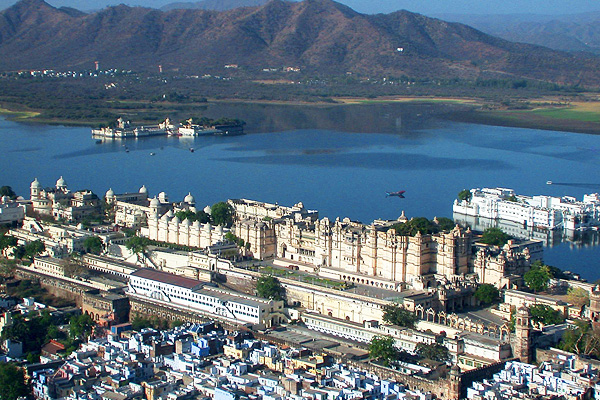 Lord Curzon has said – “Udaipur is the most beautiful among the beauties, the grandest even amongst all the grandeur of Rajputana”. Nobody could have described it better.

Udaipur is a city with grand architecture, shimmering lakes, picturesque Ghats and a glorious past. I have lived in Udaipur for four years, but this time I was going to the city as a tourist after six long years. As the saying goes, “You never know the true value of something until its long gone,”. and I was about to experience it.

We reached Udaipur in the morning. The view of Aravali hills and the sun rising through the mountains was simply breathtaking. Having lived here, I knew that the best place to have a customary Rajasthani breakfast is that of Rabri at Bapu Bazaar and Kachori Samosa at the Jagdish Misthan Bhandar.

Next was a visit to the Fateh Sagar Lake which is named after the renowned king of Mewar–Maharana Fateh Singh, Nehru Park situated inside the Fateh Sagar lake is accessible through motor boats and is a popular tourist attraction. This was followed by a visit to ‘Saheliyon ki Bari” which has lotus pools, rose garden, beautiful marble pavilions and elephant-shaped ornamental fountains.

If you walk along the road, you will come across a number of handloom shops which showcase and sell products such as handmade shawls, traditional artifacts and fragrant sarees –made by the local people.

The City Palace which was home to the rulers of Mewar is situated on the eastern bank of Lake Pichola. The City Palace is divided into three parts – the museum, the residence of Maharaja Arvind Singhji Mewar and the school MMPS, owned by Vidyadan Trust headed by The Maharaja himself.

Tourists are not allowed to enter the palace’s residential area but once a year, on Maharana Arvind Singhji’s birthday which falls on 13th December every year, everyone is allowed to enter the premises from morning till afternoon. City Palace is actually a combination of many palaces – a blend of Mughal and Rajasthani architecture. It was built in a span of 400 years by 22 different Maharajas.

The next stop was Jagdish Mandir, a temple dedicated to Hindu God Vishnu. The carvings in this temple are very intricate. We walked all the way further to the pier where you can board small boats for a ride on Lake Pichola. This is a must for travelers in order to get a scenic view of the city.

Our next stop was Karni mata temple. There are two ways to reach this temple on the hill top – by road or by cable cars. The view from the Gondolas is simply breath taking.

What is more majestic is the sun set in the lush green Aravali hills. No words can describe the feeling you get when you see the stunning view of the sun going down the hills and its reflection on the lake. Once it was dark, the whole city was shining with lights, especially the old city and that’s when we were told to go down as it was closing time for the cable cars to be operated.

The amazing view of Sunset from Karni Mata Temple

A good tip for travelers is to visit Udaipur during the monsoon and winter season i.e. from August to March. This is the time when the city is in its full glory with lush green “Aravalis” in the background and a slight chill in the breeze which makes it all the more perfect for sightseeing and exploration. During this time, the annual crafts festival SHILPGRAM is held where the lifestyle of local and tribal people is showcased, and renowned folk artists perform in the city.

For others, Udaipur might just be a city of lakes, but for me, it is the Venice of Rajasthan. Pictures can’t do justice to what it really is, until you’ve to see it with your own eyes.

Links for images from external source

All others pictures are clicked by me. 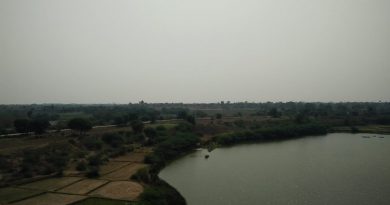 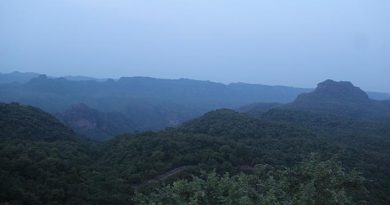 Historic places and nearby sights to see around Pachmarhi