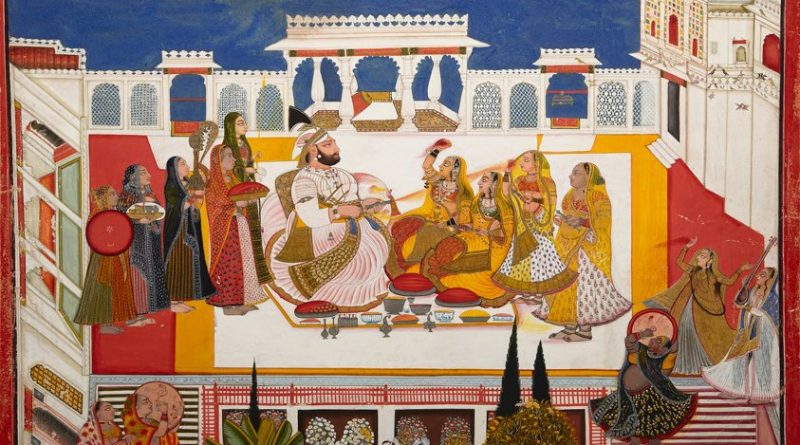 The Miniature Paintings of Udaipur symbolize Rajasthan in many ways – colourful, detailed and opulent. Read on about this age old art which proves that big is not always better. P.S – our Udaipur run medals will be based on this art too!

Rajasthan has a harsh, arid climate and houses the Thar Desert, which is known for its oppressive heat and extreme temperatures. The art and food of Rajasthan all portray its hardy nature, through the mediums and materials used, but the intricacy and ornate nature of some of the paintings that the artisans make reflect the opulence of life of the Maharajas. The miniature paintings of Udaipur manage to display the raw but opulent culture of Rajasthan with ease. The paintings are made using a rigorous process which involves manufacture of the pigments and colours from scratch. Very often, these paintings reflect real life events and are portrayals of such events. Hence, they act as a method of archiving our past and reconstructing it. These paintings were popular in Mewar, Udaipur, and even in the Jaipur courts of royalty.

The 16th Century painters would paint the intricate patterns onto a tiny canvas, and present them to Kings, to keep as memoirs of certain specific events. It is important to look at how the processes of commercialization have led to a change in the intention of making the paintings. The paintings were like figments of a king’s life in the past, like journals for him to refer to, but now, they are meant for the sole purpose of beautification. The art of Miniature painting has Mughal influences because of the patronage offered by Mughal Kings. Kings like Akbar and Humayun patronized the arts and also brought foreign artisans from Persia to the Indian subcontinent. This diversification helped in moulding the India’s artistic identity. The paintings are said to belong to the ‘Western Indian School’, and feature an exaggeration and distortion of body features.

The canvases used for the intricate Miniature paintings may be composed of either paper or sometimes even ivory. Fine brushes are used to apply the organically synthesized pigments, and these brushes have fine squirrel hairs as bristles, granting the artisan the highest level of precision in his work. The manufacture of the paint itself is a tedious procedure. The colours are extracted from various natural resources, for example, the colour yellow is obtained by grinding together the Plash flower, and black from stones. Metallic colour is made by boiling the metal in camel musk and water. Camel musk is natively known as ‘Saras’. It provides a base to the colour. The prepared pigment is mixed with gum and water and then made into a fine paste. Since the amount of precision required is very high, the colour needs to be uniform in texture.

In conversation with Mr. Sachin Kothari, a seasoned teacher of the art of Miniature Painting as well as the director of the ‘Painting House’ collective, he spoke about how the media used to create the painting have changed over time. The Painting House in  Sisarma is an art school near the city palace, where students are trained in the art.

“Earlier on, around 1980, we used to paint on thin sheets of ivory using the organic paints. Fine paintings are usually made using organic paint made from the native stones, but students usually use synthetic paint.”  Thus, the materials used have undergone a wide change over time, depending on the purpose they serve.

These ornate paintings were used as a part of collections curated and commissioned by Rajput Kings such as Maharana Sajjan Singh and Maharana Fateh Singh. However, later on, the influence of the Mughals was undeniably visible in the paintings. This was indicated by the facial features of the figures drawn, as well as the general aesthetic of human figures and structures within the paintings. Now, the paintings are meant for the sole purpose of decoration of interior spaces, rather than a document of culture. Mr. Kothari says, “It takes a very long time to master the art of painting miniatures. It becomes difficult to sustain one’s self economically as well! Earlier on, there were many tribal students who showed keen interest in the art of miniature painting, but there are fewer takers now.”

It is important to note that this decline in popularity of the paintings as a livelihood has undergone a change due to a shift in ideology. It is imperative to preserve the art of miniature painting because it highlights the culture of Rajasthan through the ornate but simplistic aesthetic is employs through its content. 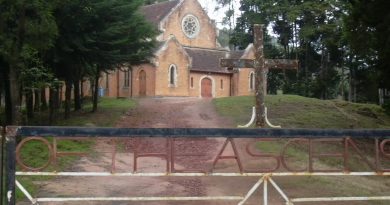 Visit a 105-year old, yet little-known Church in Ooty 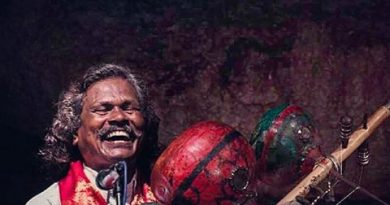 Kinnera: The Music from Telangana’s Past 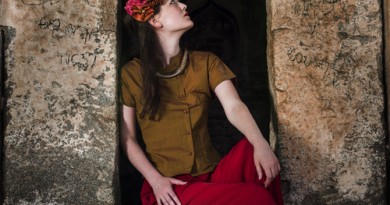 One thought on “Miniature Paintings – Art of Udaipur, Rajasthan”