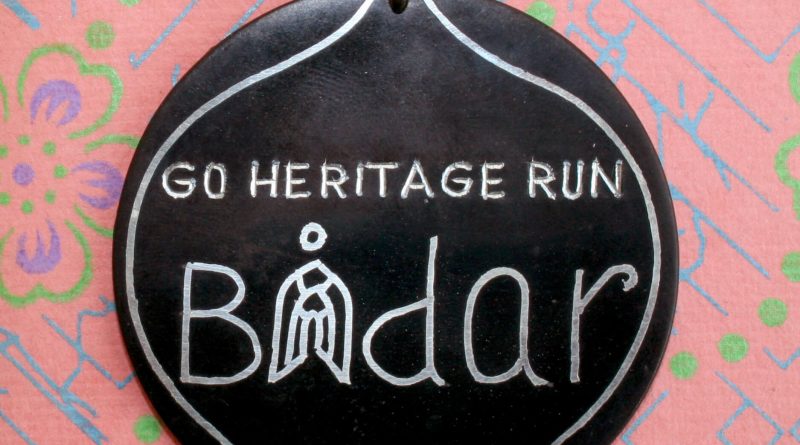 The Bidar 2017 finisher medal has the outline of a kaman or “archway” as seen in numerous monuments around Bidar including the Sola Khamba Mosque. The Sola Khamba Mosque was built in the 14th century and is among the oldest in the country – and its arches, as seen from within in a perspective view, also served as inspiration for the stylised “I” within the medal.