Home » Destinations » Omkareshwar/ Maheshwar » Nearby sights to see around Maheshwar 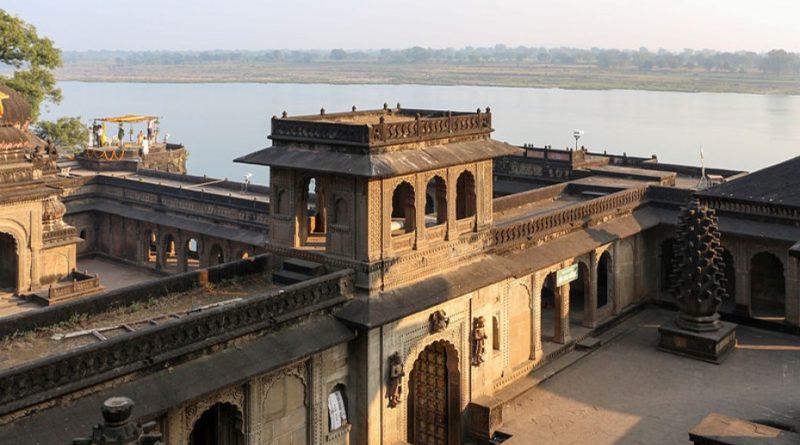 Madhya Pradesh mandu Omkareshwar/ Maheshwar Travel
February 15, 2020December 21, 2021 Go Heritage Run 0 Comments fort, mahal, Maheshwar, mandu, Mandu fort, Omkareshwar, temple, waterfall
The word Maheshwar in Hindi means Great God, a byname of Lord Shiva. Maheshwar is situated on the banks of the river Narmada in Khargone district of Madhya Pradesh which has been mentioned in the epics of Ramayana & Mahabharata.  Surrounding this town are waterfalls, temples and other view points as mentioned below:

Omkareshwar, the sacred island, shaped like the sacred holy symbol, ‘Om’ has drawn hundreds of generations of pilgrims. It has two lofty hills and it’s divided by a valley, creating a shape of ’Om’ from above. Omkareshwar offers a unique confluence of religion and serenity, this place is home to the famous Jyotirlinga.

Patalpani waterfall takes 1-1.5 hours to reach from Maheshwar. It is surrounded by dense forest and the water falls from a height of 300 feet producing roaring streams of white water when it flows in its’ full capacity. This waterfall is a must visit during the monsoons to that one can witness it in its’ plunging glory. Legend has it that the pit underneath the waterfall goes deep down into the underworld, hence the falls derive its name from the same myth with ‘Patal’ translating to underworld and ‘Pani’ as water. This waterfall is located close to Tincha Falls, Bamniya Kund, Mehndi Kund waterfall and Choral Dam which can also be seen when visiting this waterfall.

The city of Mandu, existing since the 6th century B.C is adorned with spell-binding Afghan architecture surrounded by baobab trees, native to Africa. The grand palaces of Mandu still looks alive with royal romance while the darwazas (gateways) speak of a history of imperial conquests. Mandu, located 40 km from Maheshwar takes around 1 hour to reach. Here are a few places one should definitely visit when visiting Mandu: JAHAZ MAHAL: The Jahal Mahal was built during the reign of Mandu Sultan Ghiyas-ud-din-Khilji. The splendid architecture of the Jahaz Mahal occupies an expense in the Mandu region of Madhya Pradesh. Jahaz Mahal referring to ’Ship Palace’ is a reflection of the edifice itself surrounded by pond water, it seems to be floating gently above the surface of the water.  HOSHANG SHAH’S TOMB: Hoshang Shah was the first formally appointed Islamic king of the Malwa region of Central India. His tomb was India’s first marble structure and is one of the most refined examples of Afghan architecture. Its unique feature includes the beautifully proportionate dome, intricate marble lattice work and porticoed courts and towers. It served as a template for the construction of the Taj Mahal.   MANDU FORT or BAZ BAHADUR PALACE: The Mandu Fort houses India’s biggest Fort built by Baz Bahadur who was the last sultan of Malwa. It is believed that Baz Bahadur fell in love with Roopmati, a singer of Rajput origin and convinced her to marry him. After much cajoling, Roopmati agreed on the following condition that Baz Bahadur would build a palace, especially for her from where she would be able to view and offer prayers to the Narmada River. Baz Bahadur lived upto her promise and built a splendid palace from where the river could be viewed in all its’ glory. Thus, the Mandu Fort which is located on an isolated plateau with deep ravines, looks formidable separated in the Northern end by a deep valley and the Southern side is a sheer drop to the plains below.    ROOPMATI’S PAVILION: Roopmati a poet and singer of Rajput origin was the consort of the Sultan of Malwa, Baz Bahadur. A large sandstone structure originally built as an army observation post is known as Roopmati’s Pavilion. This place served more as a romantic purpose as Roomati’s retreat. From this picturesque pavilion perched on a hilltop, the queen could gaze at her paramour’s palace, Baz Bahadur Palace and also at the Narmada River flowing nearby. This pavilion still stands today as a testimony to Rani Roopmati and Baz Bahadur’s love story.      Check our calendar to know the schedule for the next Go Heritage Runs. Also subscribe to our newsletter to get this information right to your inbox. Until the next time, Find RunCations near you using the Madhya Pradesh RunCation App- M.P. RunCation App 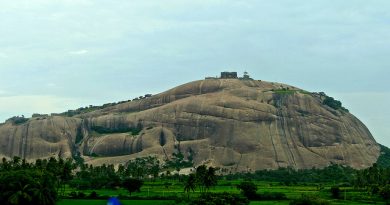 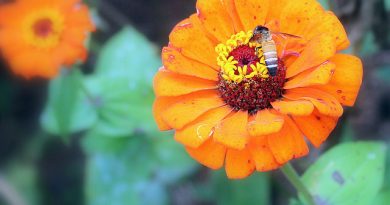 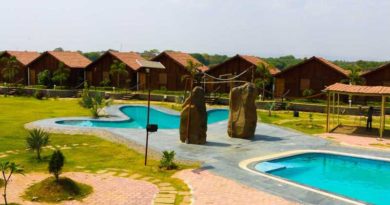 Hotels and accommodation in Omkareshwar & Maheshwar